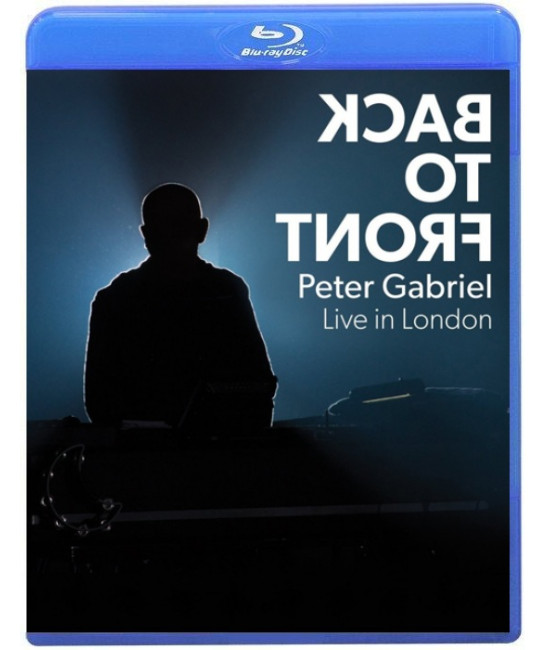 Peter Gabriel: Back To Front – Live in London [Blu-Ray]

This spectacular live concert, filmed at London s O2 using the latest Ultra High Definition 4K technology, captures Peter Gabriel s celebration of the 25th anniversary of his landmark album So . To mark the event Gabriel reunited his original So touring band from 1986/87 and for the very first time fans saw them play the multi-platinum selling album in its entirety. Whilst the core of the performance is the So album, there is so much more to the concert with unfinished, previously unreleased and re-imagined songs sitting effortlessly alongside classic hits reflecting what a multi-dimensional artist Peter Gabriel is. With innovative lighting and staging, Back To Front offers a visual and narrative feast that puts the viewer inside a concert like never before. This concert film of this show is released on DVD and blu-ray in June 2014 with both formats available in standard and deluxe configurations. The normal editions are standard one-disc affairs, but it gets more interesting with the deluxe editions which come packaged as 60-page photo-books and are four-discs sets. The deluxe Blu-ray comes with two CDs of the complete Back to Front show, which includes the first ever complete live performance of the So album and a bonus Blu-ray which offers the 93 min theatrical version of the Back to Front concert film (showing in selected cinemas at the moment) which has some significant differences to the home video edit, including montage versions of Solsbury Hill and Sledgehammer featuring footage from live shows across the years as well as additional interviews. Цитата Треклист: Deluxe Edition Bonus Disc (Theatrical Film With Interviews) 01. Daddy Long Legs 02. Shock The Monkey 03. Family Snapshot 04. Digging In The Dirt 05. Secret World 06. No Self Control 07. Solsbury Hill 08. Show Yourself 09. Red Rain 10. Sledgehammer 11. Don’t Give Up 12. Mercy Street 13. We Do What We’re Told (Milgram’s 37) 14. In Your Eyes 15. The Tower That Ate People 16. Biko

Peter Gabriel: Back To Front – Live in London [DVD]