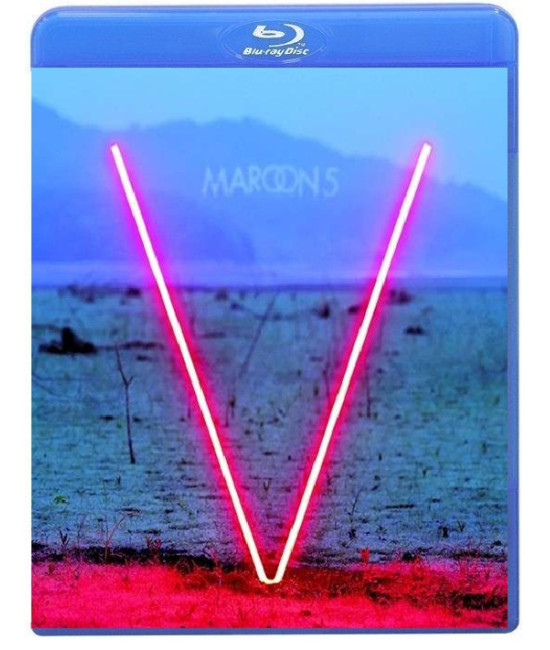 Количество: + -
В заметки
Описание
V (pronounced "Five") is the fifth studio album by American pop rock band Maroon 5. It was released on August 29, 2014, by Interscope Records and 222 Records, as the follow-up from their fourth studio album Overexposed (2012). The album will be the first to be released through Interscope after the band's previous label, A&M Octone Records, transferred them along with most of its artists to Interscope. The album also sees the return of keyboardist Jesse Carmichael after his absence from the band's previous album. On July 29, 2014, the album was made available for pre-order on the iTunes Store and through Maroon 5's official website. In 2012, Maroon 5 released their fourth studio album Overexposed. The album was released during a time of commercial momentum for the band following the success of "Moves like Jagger", a single which lead singer Adam Levine credited as having "revived the group", and the album's lead single, "Payphone", which became both a critical and commercial success. Overexposed was described by the band as their "most poppiest record to date", with critics giving the album mixed reviews upon its release, describing the album as having lacked memorable hooks and charm, and having exposed their limitations. The album, however, was met with a positive note with praise directed generally at Levine's vocals and the album's production. V was recorded by the band at Conway Studios in downtown Los Angeles, California over a year-long period from 2013 through to mid 2014. The recording sessions for V saw the band's keyboardist Jesse Carmichael return to the band after a hiatus, which saw him absent during the recording and promotion for the band's fourth studio album, Overexposed. V also features a collaboration with Gwen Stefani for "My Heart is Open", co-written with Sia. James Valentine stated that they have known her for a long time and work together was "really cool". The album cover for V features a neon lighted crosstube formed in the shape of the roman numeral for five, the title of the album. The neon display is placed in front of a desert landscape, with mountains in the background. The Maroon 5 logo appears out of focus in the background as a sign perched on the side of the mountain, similar to the Hollywood Sign. Departing from then-active A&M Octone Records, the band signed with its related label Interscope Records in May 2014 to release the album. V was unveiled by the band and Interscope on May 19, 2014, slated for a release date of September 2, 2014 in the United States. Through a signed contract with Live Nation, the band had also announced that they are also set to embark on a world tour in late 2014 through to early 2015 in support of V. The artwork for V was unveiled through a series of five puzzle piece clues released daily through the band's Facebook page from July 17 through to July 21. After the series was completed, the album's artwork, in addition to its track listing, were unveiled on July 21, 2014,. Moreover, to promote the album, the band will perform at the 2014 London iTunes Festival at The Roundhouse as a headline act on the night of September 11, 2014. The band will embark on their Maroon 5 World Tour 2015 from February to June 2015 that will take place in North America and Europe. Цитата Треклист: 01. Maps Start 02. Animals Start 03. It was always you Start 04. Unkiss me Start 05. Sugar Start 06. Leaving California Start 07. In your pocket Start 08. New love Start 09. Coming back for you Start 10. Feelings Start 11. My heart is open Start 12. BONUS TRACKS:Shoot love Start 13. Sex and candy Start 14. Lost stars
Информация
Поддержка
Дополнительно
Мы в соцсетях
Личный Кабинет