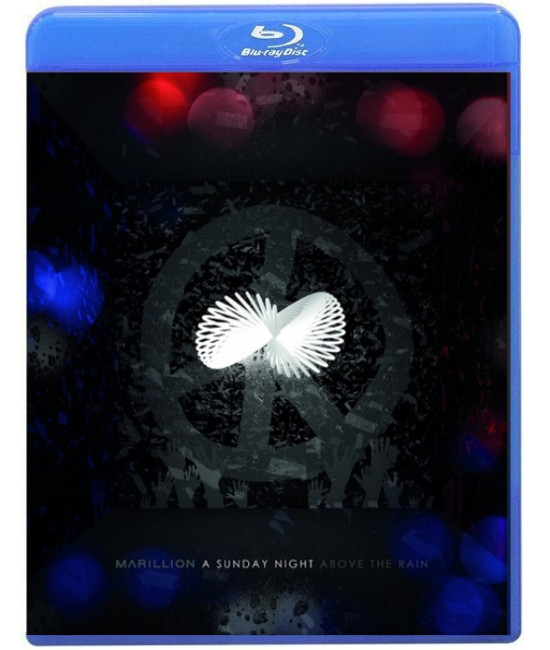 Marillion: A Sunday Night Above The Rain [3 Blu-ray]

Since 2002, Marillion celebrate themselves and their fans in an extraordinary way. Every two years, the band and their most dedicated fans gather together for a very special weekend in the UK, the Netherlands and Canada. On three nights, Marillion perform three different shows with different set-lists consisting of full records played from start to finish, fan favourites and rarities. Fans travel from all over the world to be part of these truly amazing nights. From March 8 to March 10, 2013 one of the weekends was held in Port Zelande, Netherlands and featured a grand premiere: for the first time, Marillion performed their most recent and widely acclaimed studio album “Sounds That Can’t Be Made” in its entirety on March 10. And what a performance it was: the venue, the 2.500 strong audience and the songs were what made the night unique. Let’s put it this way: Holland delivered the usual grandeur of the Port Zelenade gigs. Besides the eight album tracks, the band also performed a selection of fan favourites ranging from “This Strange Engine” to “Garden Party”, the most successful single from the band’s debut album from the Fish-era. Rarely or hardly ever performed by front man Steve Hogarth, the song definitely is one of the evening’s highlights. Guitarist Steve Rothery is sure that “the best audience on the planet” was attending the concert whereas his band mate Pete Trewavas adds that “it was such a good vibe that year” and that “it never ceases to amaze him staring over the crowd”. Цитата Треклист: 01. Gaza 02. Waiting To Happen 03. Lucky Man 04. This Strange Engine 05. Pour My Love 06. Neverland 07. Invisible Ink 08. Montreal 09. Power 10. Sounds That Can't Be Made 11. The King Of Sunse Town 12. The Sky Above The Rain 13. Garden Party