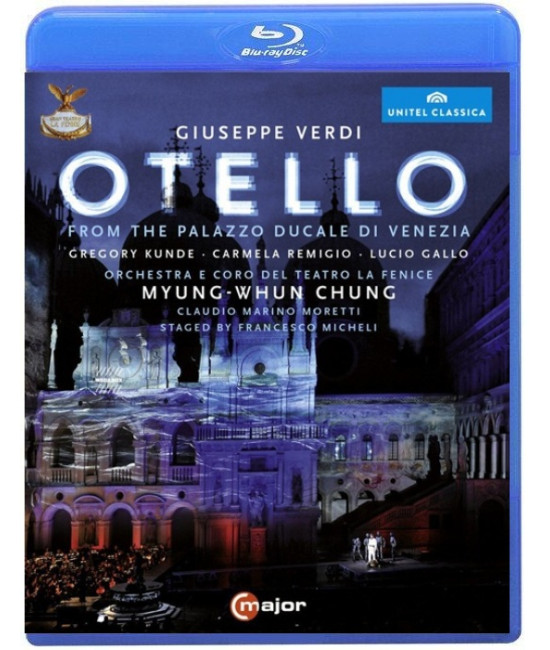 Количество: + -
В заметки
Описание
Rarely has a production of Verdi’s Otello been staged in such a prestigious location: the courtyard of the Palazzo Ducale in Venice! This special outdoor “event production” of the Teatro La Fenice takes place amidst genuine late-Gothic and Renaissance architecture highlighted by spectacular projections: “A set of singular fascination” (Il Corriere Musicale). Critics were full of praise for the musical performance, designating conductor Myung-Whun Chung as the “absolutely dominating force” of the performance (GB Opera). The lead role is sung by Gregory Kunde, who successfully interpreted both Verdi’s and Rossini’s Otello in one year, perhaps the first tenor ever to do so. He “reproduces every accent, every colour demanded by Verdi with sensibility and intelligence”. ecorded from the Palazzo Ducale di Venezia, 2013.
Информация
Поддержка
Дополнительно
Мы в соцсетях
Личный Кабинет