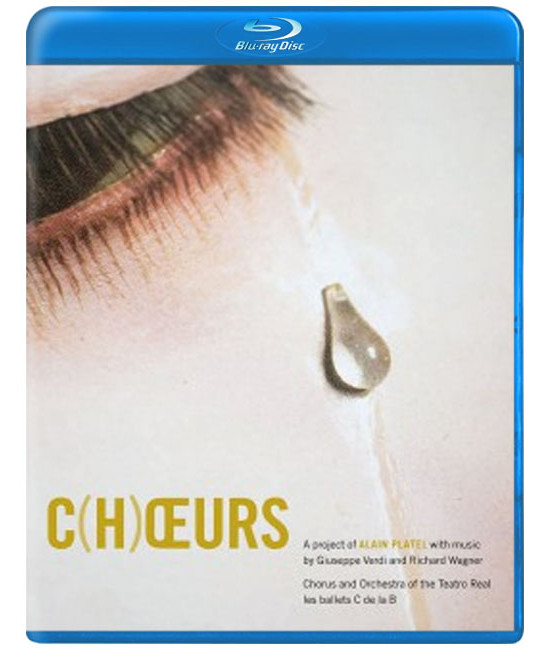 (h)oeurs, a mix of Choirs (choeurs) and Hearts (coeurs) in French, is a new musical drama set against the backdrop of contemporary international economic crisis and national protests, and the ensuing changes in society. Pursuing a reflection on the emotions felt by the individual and generated by the masses, singers from the internationally renowned Chorus of the Teatro Real perform alongside dancers of Alain Platels company les ballets C de la B in a spectacular presentation of excepts from Verdis and Wagners distinct works. Many works of Giuseppe Verdi and Richard Wagner are linked to the liberal revolutions of 1848, the ""Springtime of Peoples"", that swept away absolutism in Europe. Each musical piece blends seamlessly into the next, drawn by the actions of the individuals and groups through the expressiveness of their singing and movement.
Recorded live at Teatro Real, Madrid, 16 and 17 March 2012.